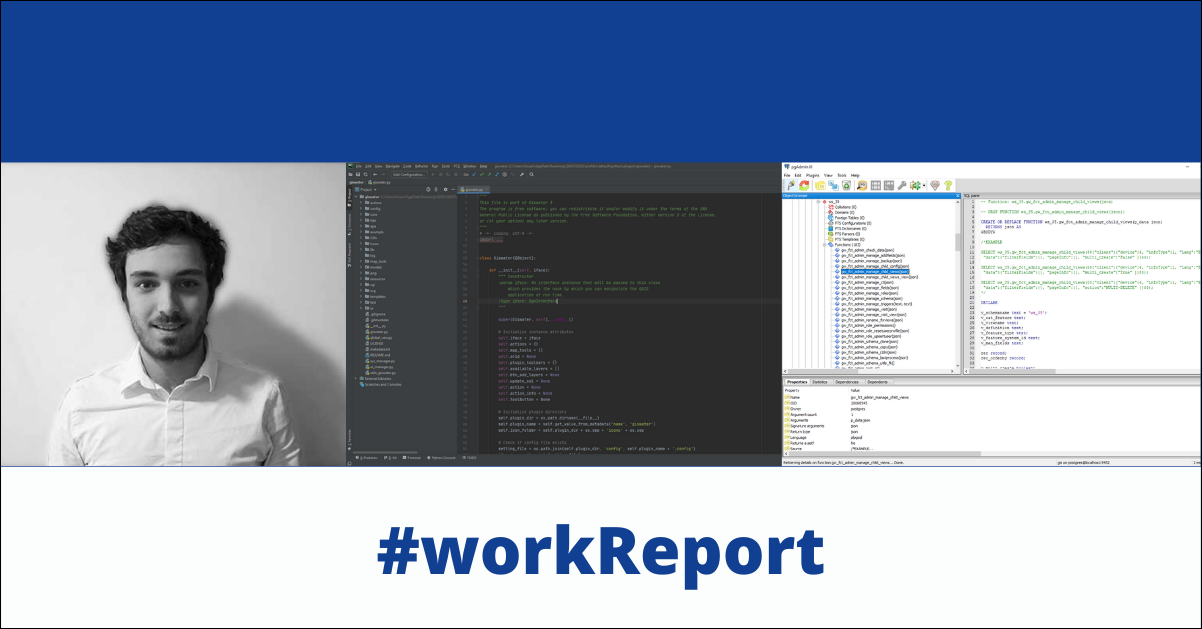 Edgar Fusté Culla, programmer and responsible for the Giswater API, has worked on developing improvements and corrections for its tools.

He has also been focused on the configuration and the database application programming interface with QGIS projects. Besides, he has developed new functionalities for the BMAPS web application.

Despite the situation we have experienced this year, he has been able to continue working on his goals thanks to the organization and effort of the entire team. There have been changes in these goals and new ones have emerged which have begun to be developed, such as preparing the new version of Giswater or updating the project documentation, in order to improve the quality of the product.

Edgar believes that one of his greatest contributions at the moment is working with the entire BGEO team, trying to help each one and supporting their needs, especially in these moments of remote work.