One of the pioneers of Giswater, on the path to continue improving it 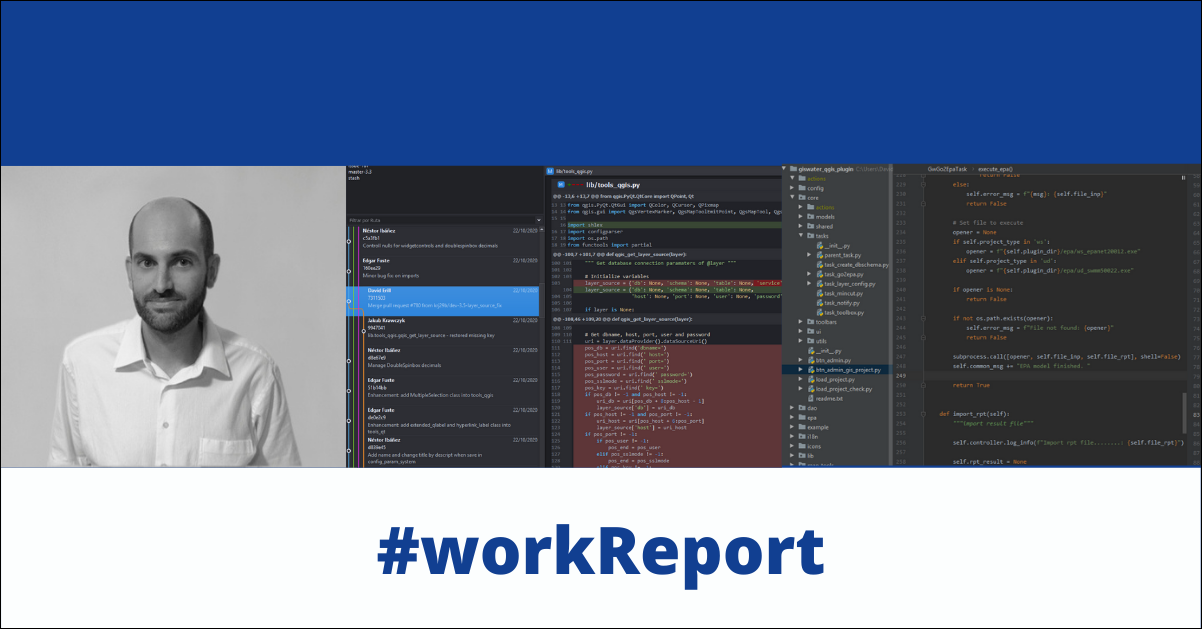 David Erill, expert and consultant in Python and ETL projects, as well as one of the first programmers of the Giswater plugin, has collaborated closely with the rest of the team of developers in improving the architecture, structure and robustness of the source code. In parallel, he has been involved in the resolution of bugs and in the implementation of new functionalities such as the definition and execution of background tasks or the definition of unit test tests.

He has developed various Python scripts to implement various ETL processes, which means, to extract data from a web service or external Database, transform said data and load it into the corporate PostgreSQL Database.

David has also been working on maintenance, code enhancements and process integration on various ongoing projects related to Giswater.

Finally, he has given several training sessions mainly on Python programming within QGIS, to introduce, among others, how to automate processes and create plugins.